With all the marketing platforms available today, marketers are always scrambling to find out the best way to let people know about new products, businesses, or services. Numerous options such as digital billboards, pop-up events, and viral videos on social media are some good marketing platforms that can get a lot of attention from potential customers. 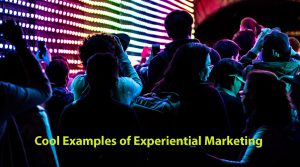 However, if you truly want to provide a memorable and outstanding experience for your target customers, one thing you should definitely get your toes into is experiential marketing. Read on to find out what experiential marketing is and what types of campaigns have already found success in this type of marketing campaign.

What is Experiential Marketing? 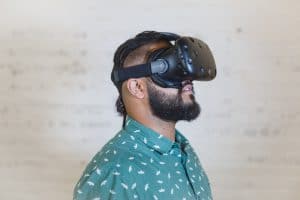 Refinery 29 is a lifestyle brand that has perfected the art of experiential marketing. Every year they hold an event wherein attendees can enter twenty-nine different rooms. Each room comes with its own branding. This means every room has a different vibe that showcases the versatility of the Refinery29 lifestyle brand. What’s interesting about Refinery29’s 29 rooms event is how they utilize other brand partners to make the most out of their event. Depending on the theme, some rooms would come with artists, bands, food, and more.

Volkswagen’s piano staircase is probably one of the most famous examples of ambient marketing. For this experiential advertising campaign, Volkswagen tried to promote their “The Fun Theory.” For this campaign they were trying to prove that people tend to take part in activities that are fun to do.

To prove their “Fun Theory,” Volkswagen turned a normal subway staircase into an actual working piano. Each step was turned into either a black or white piano key. When people stepped on the stairs, each step made a sound. True enough, people did walk and played on the piano staircase and it became a viral advertisement back in 2009.

Another type of successful pop-up event experiential marketing is Vans’ house of vans event. For this event Vans hosted a pop-up skate park event in major cities around the United States. They used to target New York City and Chicago City so that skateboarders in the urban jungle can get together, skate, and listen to live music from featured artists and musicians.

Coca-Cola is a prominent player in the world of experiential marketing. One of their most recent experiential marketing campaigns was held in Zurich for the FIFA World Cup. To promote the globally acclaimed sport, Coca-Cola created a Virtual Reality booth where people can stand in front of a camera and see themselves in a big screen together with a FIFA player.

What’s great about Coca-Cola’s VR experience is how they made it into an interactive game where people can play a game of football with their chosen players. It’s a truly immersive advertisement that has effectively showcased what you can expect to experience from the FIFA World Cup.

1
Robert Keith is a CEO and Author of one of the Top Leading Website Viraldigimedia.com. I fond to write on Tech, Lifestyle, Business, Entertainment, Health etc.