Cryptocurrency Regulation: Are Bitcoin, Ethereum and Ripple legal in India?

By the present time when cryptocurrencies have become admired for making quick bucks through the digital world, more and more people are trying their luck using them and at a very quick tempo, the number of traders in cryptocurrencies are increasing as well. The popularity of cryptocurrencies has reached such an elevation that a few years back the people who did not even know the word ‘cryptocurrency’ have now become regular traders of them. Also, there are the variety of cryptocurrencies that are being offered other than the most known ones like Bitcoins and Ripple. Even after the massive increase in the peddling of cryptocurrencies in India, people even at the contemporary time do not know whether the top-most marketable currencies (Bitcoins, Ethereum and Ripple) are legal or not. 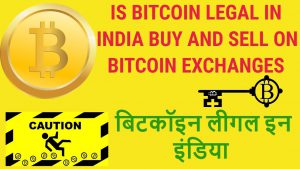 Moreover, there have been no specific regulations that the Indian government has come up with when dealing with these digital currencies are concerned. The Center for Internet and Society has stated that citing the present laws of India, the Bitcoin trading cannot be charged as illegal or against the law. However, after observing the volatile nature of them, RBI has advised Indian traders to be aware and not trade in them (be it any cryptocurrency) as they involve high risks and security issues.

In India, there are no regulations for cryptocurrency trades which makes it difficult for traders to take the decision whether to trade or not. Fraudulent and deception like fake ICO’s and token sales have also caused a barrier and have added to the risks of trading in cryptocurrencies. Hacking of cryptocurrencies wallet stores has made the situation worse. Therefore, it is advised that to Indians to deal in cryptocurrency only to the extent to which they can bear the loss.