by Pravesh Maurya 3 years ago6 months ago
61views
0

Bitcoin is a virtual currency which is present in the digital arena. One can use Bitcoins for payments and can reap the profits of Bitcoin in form of gains which one can achieve through Bitcoin trading. Bitcoin’s transactions can be made through cash, check or wiring. Bitcoin is a ‘cryptocurrency’ (cryptocurrency is that currency which has an exchange of information in a digital fashion and allows people to buy/sell commodities/goods). Bitcoins trading are provided by the platforms like Zebpay, Coinome, Unocoin etc. 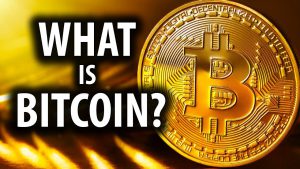 Properties Of Bitcoin’s Transactions Which A Rookie Should Know:-

Any transaction confirmed during the Bitcoin trading is ‘irreversible’. No matter which platform you are using. Neither your bank nor any other authority can get your transactions undone. Even if you send a money to a hacker, it cannot be retrieved or complained!

No real-world identities are connected to the accounts or transactions in Bitcoin apace. The users received Bitcoin’s on the addresses which are random chains of nearby 30 characters. There is an ample possibility where a trader/user can examine the flow of transaction but there is the guarantee that a person can get connected to the real world identity of users using those addresses.

This is one of the biggest reasons people are using Bitcoins. There is no need for a trader to take any kind of permission to any authority for trading/using of cryptocurrency. One just has to make the account and can start the work of sending/receiving/trading of Bitcoins without anyone’s nod!

Bitcoins are stored mostly in the wallets of the platforms which a user uses for trading. Suppose, if a person is using Zebpay for trading, one can store the Bitcoins in a Zebpay wallet. These wallets are commonly called ‘digital wallets’. However, there are other options available for storing Bitcoins. One such example is hardware wallets.

There are many fraudulent and thefts from the fraud websites, One should do a thorough research before choosing a platform for trading in Bitcoins. Also, irreversible transactions make it impossible for the users to change their minds. They have to be very sure before confirming their transactions. The loss in Bitcoin trading is miserable so one should deal only in amounts he/she can afford to lose. It is advised not to take risks with very high amounts.

Here are the Best Instagram Marketing Books to grow your business and earn full-time income.
Get the Best make money online tips .
Back to
log in